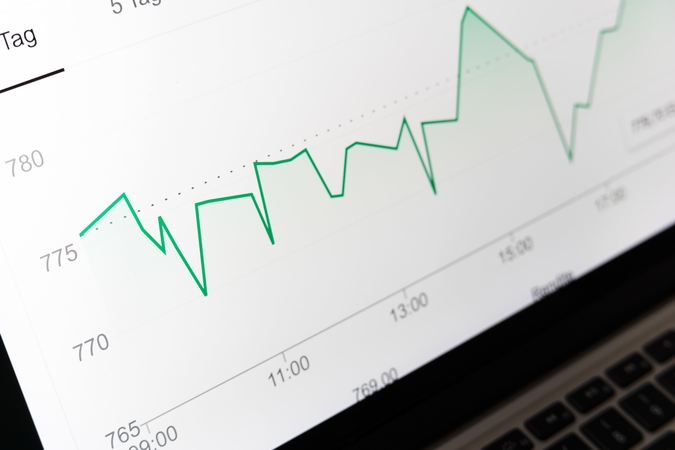 Rand on a high it hits its 60th anniversary

Rand on a high as it celebrates 60 years

In an appropriate run-up to the currency’s 60th anniversary this Sunday, the Rand resumed its rally this week and continues to point in a positive direction amid a sharp decline in the nation’s COVID infection data and a spike in the price of its precious metal exports. On Wednesday, 2,320 new positive cases were recorded among 35,413 tests in the country, giving a positivity rate of 6.55% — well below the 10% to 12% range that the government indicated would be of concern. The VanEck Vectors Rare Earth and Strategic Metals Exchange Traded Fund (NYSE:REMX) reached $84.87 on Feb. 12, more than doubling from below $40 in November.

These developments are encouraging news for investors seeking signs of a meaningful bounce in economic activity in South Africa later this year. The currency has strengthened from a weak point of 15.30 to the dollar in mid-January to 14.58 this week. A rally of 3.6% makes it one of the strongest-performing emerging market currencies this month. Year-to-date it is up 1.7%, trailing other EM currencies like the Turkish Lira, up 6.7%.

There is reason for cautious optimism. In his State of the Nation Address last Thursday, President Cyril Ramaphosa outlined government plans to import 500,000 doses of the Johnson & Johnson vaccine, which should arrive in South Africa within the next month. Another 20m Pfizer doses have also been secured, with deliveries expected to begin at the end of March. Ramaphosa also announced the extension of some COVID-19 grant relief measures, including the Temporary Employer/ Employee Relief Scheme and the unemployment social grant for a further three months (R350 per month).

We expect the currency to appreciate towards the 14.45 critical level in the short term and remain stable at that rate during the medium term amid the recent rally in metal prices and positive sentiment around the budget presentation on Feb. 24. The South African Treasury is expected to place further emphasis on tax collection and administration in a bid to support the economy.

The Naira depreciated at the official I&E window to a 10-month low of 410 to the dollar on Wednesday, as high FX demand piled more pressure on the market. The currency continues to lose ground as resumed business activity adds to demand for the greenback while the low supply of foreign exchange remains critical. On the parallel market, the Naira held to a stable range of 465 to 473 against the dollar. Despite the consumer price index showing 16.47% inflation for the year to January, the currency maintained its stability. Headline inflation is the highest in three years, according to the country’s National Bureau of Statistics. In the medium term, we expect further depreciation. The Central Bank of Nigeria could deploy an unscheduled crawling-peg devaluation, with the aim of closing the gap between the spot market and parallel rates, which remain almost 20% apart.

The Cedi gained against the dollar to an interbank rate of 5.7597, as the Bank of Ghana outlined plans to sell $775mn dollars this year in order to support the local currency. The central bank is injecting $50m through a fortnightly Foreign Exchange Forward Auction, which started in January and will continue until June, after which it will reduce to $25m for the rest of the year. We expect this sustained support will keep the Cedi reasonably steady in 2021 and appreciate to the key resistance level of 5.50. Up to now, these new foreign exchange auctions have halted the slide of the Cedi against the dollar, which depreciated 3.9% last year. We expect the currency to gain further in the coming weeks on the back of a $3bn Eurobond that was issued at the start of February. The government is indicating that it will use up to $1bn of the Eurobond to renegotiate its supply deals with independent power producers and a further $1bn will be put towards retiring expensive legacy debt.

The Egyptian pound remained stable at 15.61 to the dollar this week, fetching 15.57 and 15.67 for purchase and sale, respectively. The government announced that the country had received shipments of coronavirus vaccines from Sinopharm and AstraZeneca. Doctors and nurses are expected to be the first people vaccinated, followed by elderly and those with chronic diseases in isolation. During the week, the government signed an agreement with the Japanese government for a 25bn Yen ($240m) loan to help develop Egypt’s electricity sector and reduce the country’s financing gap. The Egyptian government is also supporting the export sector through the ‘immediate cash payment’ initiative – which helps companies to pay their export dues – to the tune of 21.5bn Egyptian pounds ($1.37bn). The Institute of International Finance has given a positive projection for Egypt’s economic performance, expecting growth of 4.7% in 2022 and 5.1% in 2024. We foresee a gain in the pound in the coming week, on the back of renewed optimism for fighting coronavirus through the vaccine rollout, government support for exporters and investor inflows.

The Shilling remained in a stable range with a mild depreciation to 109.55 Shillings per dollar during the week, while the country’s foreign exchange reserves held at an adequate $7.63bn on Feb. 11 (4.69 months of import cover). Inflows from international lenders and investors are likely to support the currency in the coming weeks. The OPEC Fund for International Development (OFID) signed a $20m public sector loan agreement with Kenya to upgrade the 90km Samatar to Wajir Road as part of the north and northeast Kenyan development initiative programme. The country also agreed to a $2.4bn loan with the International Monetary Fund, aimed at responding to the next phase of the COVID-19 emergency and reducing the country’s debt levels. The Fund’s help should strengthen the country’s monetary policy framework and support financial stability. The IMF projected an economic growth rebound of 7.6% in 2021, as the external sector proves resilient against the backdrop of the COVID-19 shock, with horticultural exports and remittances performing well. We foresee a stable Shilling in the coming week.

The Ugandan Shilling strengthened against the dollar during the week, ranging from 3655 to 3665, amid reduced trading activities as mid-month tax payments limited demand for hard currency. At its monetary policy meeting held on Monday, the Bank of Uganda maintained the key Central Bank Rate at 7% in a bid to encourage further reductions in commercial interest rates and to boost credit demand. The Bank said it would extend for a further six months its credit relief measures effective from April 1, and also maintain its COVID-19 liquidity assistance programme to supervised financial institutions. The Bank projects economic growth between 3% and 3.5% in the financial year 2020 to 2021, on the back of the vaccination rollout in Uganda and its trading partners.

Amidst continued international political pressure, the European Union parliament last week threatened a new human rights sanction mechanism, known as the EU Magnitsky Act, for Uganda. It includes sanctions against individuals and organisations deemed responsible for human rights violations, following the EU’s objection to Uganda’s general election process last month. The act states that the country will be under greater scrutiny of its fiscal management and transparency, while the European Commission will conduct systematic reviews of EU budget support programmes in the country. It will investigate any risk of funds being diverted for use by the Ugandan authorities to activities that could amount to an abuse of human rights. The EU provided Uganda with 578m Euros in the five years to 2020 to support good governance, improve infrastructure, ensure food security and help agriculture, and a further 112.2m Euros came from the EU Emergency Trust Fund for Africa. The government has described the EU accusations as ‘unbalanced and biased’. For now, we do not expect the international pressure to weigh on the Shilling, maintaining a stable outlook for the week ahead.


Tanzanian Shilling stable while US COVID alert weighs on tourism

The Tanzanian Shilling dipped slightly from last week’s range of 2,314 to 2,324 against the dollar to 2,311/2,329. The currency continues to be supported by inflows from foreign investors and from the export of agricultural produce and minerals. The government and the European Union signed agreements for grants for six projects in the electricity sector and to support private sector development, valued at 111.5m Euros. Last week, the US Embassy issued a health alert on Tanzania, saying that it was aware of a significant increase in the number of COVID-19 cases in the country since January and advising people to reconsider travel. With the Tanzanian government announcing that the country is COVID-free and saying that it has no plans to import coronavirus vaccinations, a severe hit on the tourism sector is likely. The sector is an important source of dollar inflows into the country. For the coming week, we foresee a stable Shilling on the back of inflows from the EU agreement and investors.

Follow us on LinkedIn for more insights about the performance of African currencies and economies!