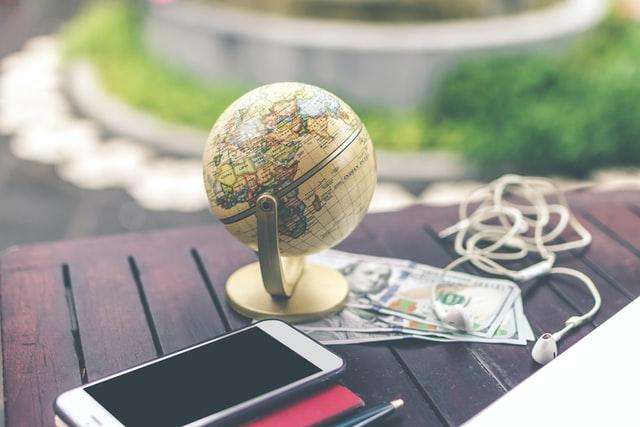 After months hampered by Covid disruptions, election challenges and currency depreciation, Ghana appears to have turned a corner towards GDP growth, relative exchange rate stability and more cohesive economic policies. But what does the road ahead look like? Join our panel sharing perspectives on:

The African Continental Free Trade Area (AfCFTA) agreement, which began on Jan. 1, couldn’t have arrived at a more critical moment. After the COVID pandemic pushed sub-Saharan Africa into its first recession in 25 years, with a 3.3% drop in GDP in 2020 according to the World Bank, the UN Conference on Trade and Development estimates that total African exports may have fallen by 17%. AfCFTA – a free trade area that connects 1.3 billion people across 55 countries with combined $3.4 trillion in GDP – should help to reduce the fragmentation of African economies. By World Bank estimates, the agreement has the potential to increase intra-African exports of agricultural products 49% by 2035 (compared to 10% growth without the agreement), while lifting between 30 million and 68 million people out of poverty, and adding $450 billion, or around 7%, to the region’s GDP. It should also bolster intra-African supply chains, render the continent less susceptible to external shocks, and help to revolutionise digital transition. Under the AfCFTA agreement, a new initiative called the payment settlement mechanism allows any government entity to use their local currency to trade without needing to find a common currency, such as the dollar. We believe this will support local currencies and make them less dependent on a foreign currency. All of these goals are within the reach of policy makers. Now is the time for action to execute this landmark agreement and realise our continent’s potential.

The Cedi strengthened to a high of 5.71 to the dollar, as the Bank of Ghana continues with its $50m fortnightly Foreign Exchange Forward Auction to support the currency. Ghana’s market remains highly liquid, with foreign exchanges flows from the Central Bank boosting the Cedi. In the short term, we expect the currency to continue its bullish momentum towards the 5.69 level, supported by the forward auctions. Longer term, we expect the Cedi to weaken to 5.82 by the end of this quarter and 6.14 by the end of the year.

The Rand gained this week to 14.90 per dollar levels, around 1.3% firmer than its Friday close, amid calmer global bond markets. Investors have become more bullish about the global economic recovery and have started to turn to riskier assets in emerging markets, after President Joe Biden announced a $1.9 trillion stimulus package in the US and the vaccine rollout gathered pace around the world. There is also growing market speculation that the Fed will continue some form of ‘quantitative easing’ or, at least, will sell off its short-dated U.S. Treasury bonds and buy longer-dated debt to flatten the yield curve. The Rand’s strength was underpinned by an announcement by President Cyril Ramaphosa on Sunday that South Africa’s COVID-19 second wave was officially over. He said that lockdown restrictions would be further reduced. Under Alert Level 1 – which came into effect on Sunday night – the curfew has been relaxed, more types of gatherings are permitted, and alcohol can be sold again during normal hours. In the coming week, we expect the Rand to gain further on the back of the more positive investor sentiment coupled with easing of COVID-related restrictions and a lower level of infections in the country.

The European Investment Bank (EIB) has agreed to provide $138.39m in financial support to improve the drinking water supply and promote integrated solid waste management in Senegal. This should strengthen the country’s resilience during the current pandemic and help it prepare for any future crises, as global climate change makes the situation more urgent. The EIB will place a major focus on the country’s secondary cities, as it seeks to help Senegal achieve balanced economic development across the nation and reduce regional disparities. The EIB’s additional funding will enable the government to free up the financing capacity it needs during the pandemic. Furthermore, the Covax initiative for equitable global access to COVID-19 vaccines is being supported through a $483m loan from the EIB and a $121m grant from the European Union. In practice, it means that 1.3m vaccine doses will be delivered to Senegal. In other news, Amadou Seck, the President of the Union of Service Providers, Industrialists and Merchants of Senegal (UPIC), met with a group of Saudi investors to discuss new investment opportunities in the country’s agriculture, energy, clothing, and banking industries. The investors said they would like to visit Senegal in the future.

During the past week, the Shilling dropped slightly to 109.60 to 109.90 to the dollar level because of higher end-of-month dollar demand across all business sectors. The country’s overall year-on-year inflation rate nudged upwards to 5.8% in February compared to 5.7% in January, according to the Kenya National Bureau of Standards. This was mainly due to increased fuel and food prices. During the week, usable foreign exchange reserves remained unchanged at an adequate USD7.6 billion (4.67 months of import cover). Among positive developments, Kenya received 1.02m doses of the Oxford/AstraZeneca vaccine on Tuesday night and the Ministry of Health has drawn up a rollout plan, which includes healthcare and other essential workers such as security personnel receiving the vaccine first. Coffee earnings surged by 92% in the month of February compared with the same month last year, according to the Nairobi Coffee Exchange (NCE). Strong international coffee prices, high volumes and a weaker Shilling pushed up export volumes during the period. Positive earnings were boosted by a jump in the price at the New York Coffee Exchange, from a low of below 90 cents per pound in the previous crop season to hit a high of about $1.35. We foresee a stable Shilling in the coming week, supported by inflows.

The Shilling appreciated slightly, trading in the range of 3655 to 3665 to the dollar this week, as end-month trade inflows improved the supply of dollars into the economy. The Bank of Uganda mopped up Sh252bn in excess liquidity in the local market through a two-day repo. Annual headline inflation in January nudged up to 3.7% from 3.6% in December, mainly attributed to higher prices for citrus fruits, groundnuts, cassava and kerosene, according to the Central Bank’s monthly report on economic performance. Uganda’s total merchandise trade deficit widened to $324.74m in December against $294.48m in November, owing to a higher import bill. The country’s trade deficit with the East Africa Community partner countries jumped to $109.57m in December from $15.96m in December 2019 amid a trade war between Uganda and Kenya and restrictions on Ugandan access to the Rwandan market. We foresee a stable Shilling in coming days, with a slight appreciation amid further inflows from growth in exports.

Tanzania’s Shilling came under pressure during the week and traded in the 2314 to 2324 to the dollar range, down from 2304.59/2309.95 last week, owing to increased dollar demand from manufacturers and the country’s energy sector in order to meet their month-end obligations. At an investors’ conference in Dar es Salaam last weekend, Akinwumi Adesina, president of the African Development Bank (AfDB), said: “Tanzania is burgeoning with value added potential.” AfDB is forecasting Tanzania will see real economic growth of 4.1% this year, rising to 5.8% next year. We expect continued support of the Shilling in the coming days from inflows from agriculture exports, in particular horticultural products, cashew nuts and sunflowers.

Sign up here to receive weekly insights straight to your inbox!