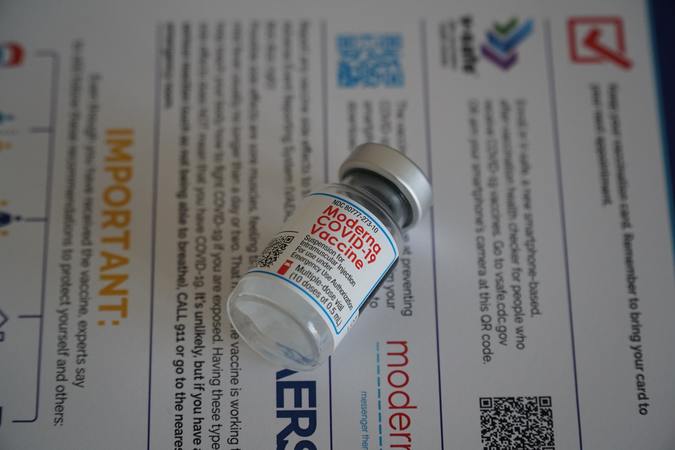 After the worst economic downturn on record, with an estimated 1.9% contraction in 2020, sub-Saharan Africa is set to lag in the recovery this year, with a growth of 3.4% vs. 6% forecast for the rest of the world, according to the IMF’s regional economic outlook. That’s in part because of the region’s limited access to COVID-19 vaccines and a lack of policy support seen in the developed world. The impact of the pandemic also led to significant capital outflows from Africa, with $5 billion being pulled from the continent—$3.1 billion from South Africa alone, according to a report from Afreximbank. That has weighed on African banks and constrained their ability to finance growth in African trade.

The Naira stabilised in the parallel market at the start of the week, trading flat at 485 to the dollar as oil prices remained steady amid optimism of a recovery in global fuel demand. Nymex futures were broadly unchanged, just shy of $63 a barrel, bolstered by a recent OPEC report raising its 2021 oil demand forecast to 5.95 million barrels per day from 5.89 million a month earlier. On the I&E Window, the Naira opened the week flat against the greenback at 410, supported by improved market liquidity as transactions increased 48.2% to $15.44m, though it had slipped slightly by midweek to 411.67 amid efforts from the Central Bank of Nigeria to boost remittances. We expect the Naira to remain stable in the parallel market, trading at around 480-485 to the dollar, while on the NAFEX window, we expect slight depreciation towards 415 to the dollar as the market digests the increase of diaspora remittances.

The Cedi edged higher to 5.7750 to the dollar this week from 5.7825 on the back of positive growth momentum. The IMF earlier this month revised Ghana’s growth outlook to 4.6% from its previous estimate of 4.2%. However, the Cedi’s upward trajectory could be tempered in the coming weeks as the government introduces four new taxes at the start of May: a COVID-19 health levy to support pandemic-related expenses; a sanitation and pollution levy to improve the quality of sanitation management; an energy sector recovery levy to finance excess capacity charges; and a financial sector clean-up levy to help the government meet its commitments to return cash to depositors and investors that had been affected by the closure of a number of local banks. Critics including energy consultant Dr Sulemana Yussif say the new taxes risk stifling the economy. If the introduction of the taxes has a negative impact, the currency could slide towards 5.8500.

After weakening to 14.2609 this week from 14.2553 in thin trading ahead of the US Federal Reserve’s policy decision Wednesday, the Rand looks poised for recovery. Investors had been fretting about the possibility of a signal pointing towards tighter monetary policy in the US, but Fed chairman Jerome Powell quashed those concerns, keeping rates unchanged while adding that the economy would need to see ‘substantial further progress’ before the bank would consider scaling back its asset purchase programme. The FOMC rate decision will likely set the tone for the Rand over the coming days, with momentum skewed to the positive.

The Pound gained this week to 15.63 to the dollar from 15.67 last week after the central bank kept its rates unchanged for a fourth monetary policy meeting in a row, as it seeks to maintain its inflation target of 7%. The overnight deposit rate remains at 8.25%, the overnight lending rate at 9.25%, and the main operation rate at 8.75%. The bank also sold $988.5 million of dollar-denominated treasury bills after Egypt’s general budget for 2021/ 22 showed that the government expects its funding needs to increase by 7.1% to LE1.068 trillion ($68.1 billion) compared to the current fiscal year. We see the Pound maintaining current levels in the coming week.

Senegal raised 55 billion CFA Francs ($101 million) at the end of last week from the sale of five- and 10-year stimulus bonds to support its economic recovery plans and reduce the financial strains caused by the pandemic. The country’s economy was hard-hit by COVID-19 last year, with government-imposed lockdowns curtailing growth to just 0.8% in 2020, according to the IMF, though the fund forecasts a rebound to 5.2% this year.

The Shilling strengthened this week, trading between 107.75 and 107.95 amid lower dollar demand from importers. Avocado exports surged 93% in the opening three months of the year, netting the country Sh4.6 billion ($43 million), after the government lifted a four-month ban on shipping the fruit overseas, that had been imposed to prevent premature harvesting. Foreign currency reserves increased to $7.7 billion on April 22 from $7.65 billion a week earlier, enough for 4.75 months of import cover. We expect the currency to remain supported by those forex reserves.

The Shilling climbed against the dollar this week, edging back up to the 3 ½ year-high levels of 3598/3608 amid month-end hard-currency inflows. While Bank of Uganda Governor Emmanuel Tumusiime Mutebile said the economy is likely to remain subdued this year, with its prospects largely hinging on the success of its vaccination programme, some areas of the economy are showing signs of recovery—notably agriculture, manufacturing and mining. We expect some pressure to return on the Shilling this week as the end-of-month period could see dollar demand increase from importers.

The Shilling was steady against the dollar, trading at the same levels as last week’s close of 2310/2324. In her first speech to parliament at the end of last week, the country’s new president Samia Suluhu Hassan outlined her priorities for boosting economic growth, including investing in commercial agriculture to tackle low productivity and removing investment barriers in the mining sector to allow joint ventures with global mining companies and encourage the construction of local refineries. Last week the central bank also collected almost 133 billion Shillings ($57 million) from its oversubscribed 25-year treasury bond issue. We expect the Shilling to remain stable, supported by expected inflows from Chinese investors.